Having previously canceled this run with the biggest pouty lip I’ve ever had, I was happy to un-cancel this event when a few pigs started hollering that they wanted to go get dirty after all. But unfortunately, this caused the Smee’s to make other plans, so we missed them on this run. My bad! Sorry, guys.

As we hit the trails from downtown Dayton, I got us all a little discombobulated, and took a wrong turn around a random duck I’d never seen before. This ended up being some sort of weird divine intervention. 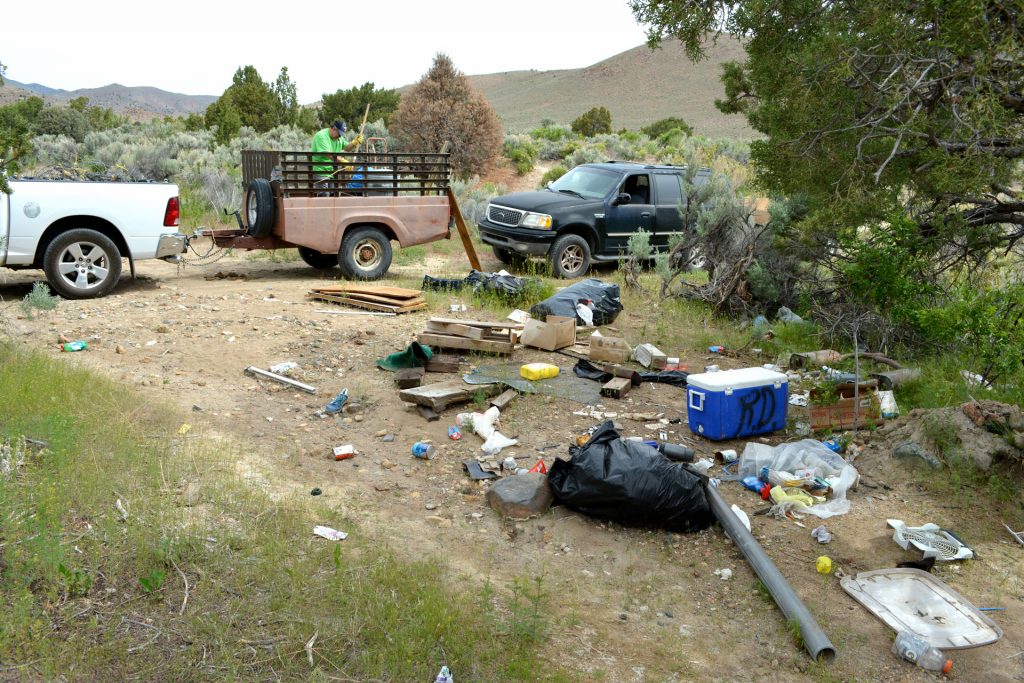 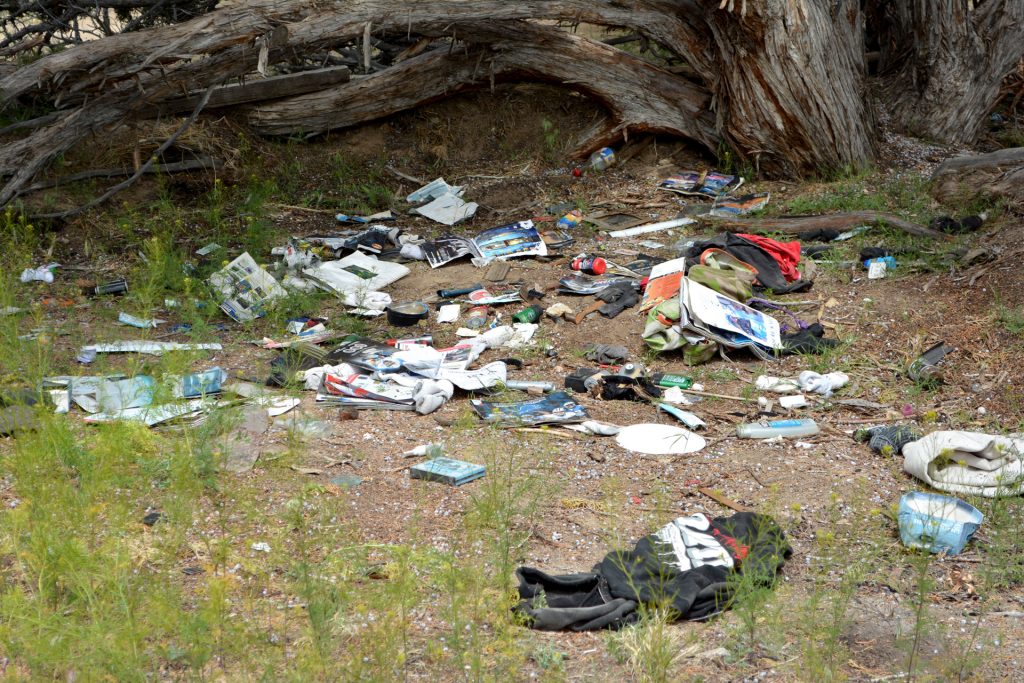 We were on our way to the area we call “Mr. Roger’s Neighborhood”, near Roger Court. But as mentioned, I got off track, and led our little convoy into some uncharted trails. It was here, we found a nasty (in more ways than one) illegal dump. There was all sorts of random garbage, including sex toys, Christian music cassettes, a really disturbing action figure, and lots of Dotty’s Casino cards.

We interrupt this blog post for a SPECIAL REPORT!

Hold up… I wanna take a second, and give mad props to Ronald Schwarz. As he’s done for MANY Pig runs, this guy drove all the way from Carson to help us out. And this guy is one hard working Pig! Every time I take my eyes off him, for just a second, he knocks out the nastiest spots, as if they never had garbage. Everyone give this Pig a fist bump! 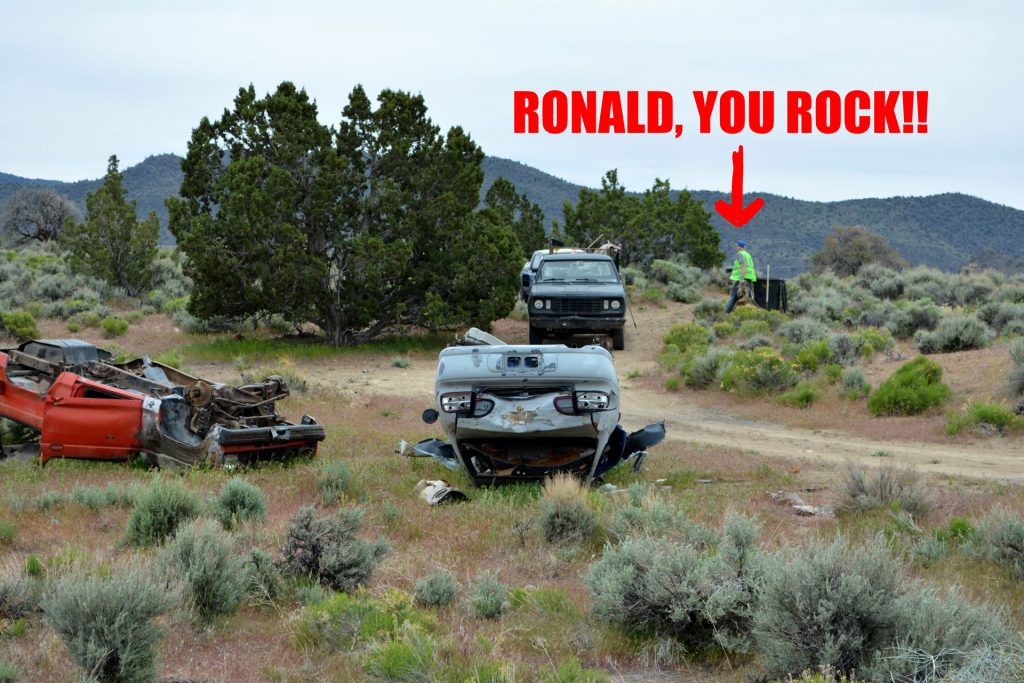 We now return to our regularly scheduled blog reading, already in progress… 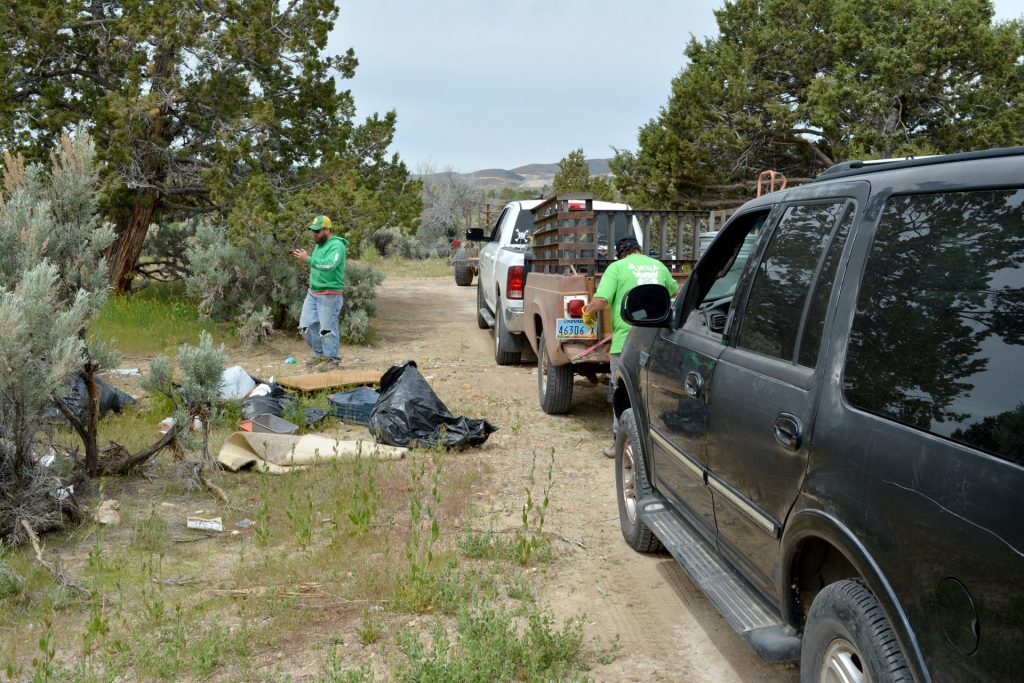 So yeah, we cleaned up this naughty dump in the woods, and called it Pecker Woods… because we are immature.

We eventually made it to our original destination — Mr. Roger’s Neighborhood.

We hit a nearby spot a couple weeks prior, we named Roger Court. We could see it in the hill above this cleanup spot. The tweakers must have liked the job we did there, since they parked a new meth lab in our clean spot… Frikkin’ Mound House!

We cleared out a few trash-filled holes, and all the needles we could find. METH LAB TRASH STINKS, in case you didn’t know. We filled 2 Sharps containers. But thankfully, most of the needles were capped. I kept imagining stabbing one through my glove, and screwing up the kidney transplant coming up in a little over a week. But praise Jibbers Crabst, this didn’t happen.

We filled up our trailers, mobbed the trails back to Dayton, and dropped it all off at the transfer station.

When I got home, there was just enough time to get showered and change, then take off to Genoa to see my nephew get married. Congrats, Mr. & Mrs. Morales! I love you guys! 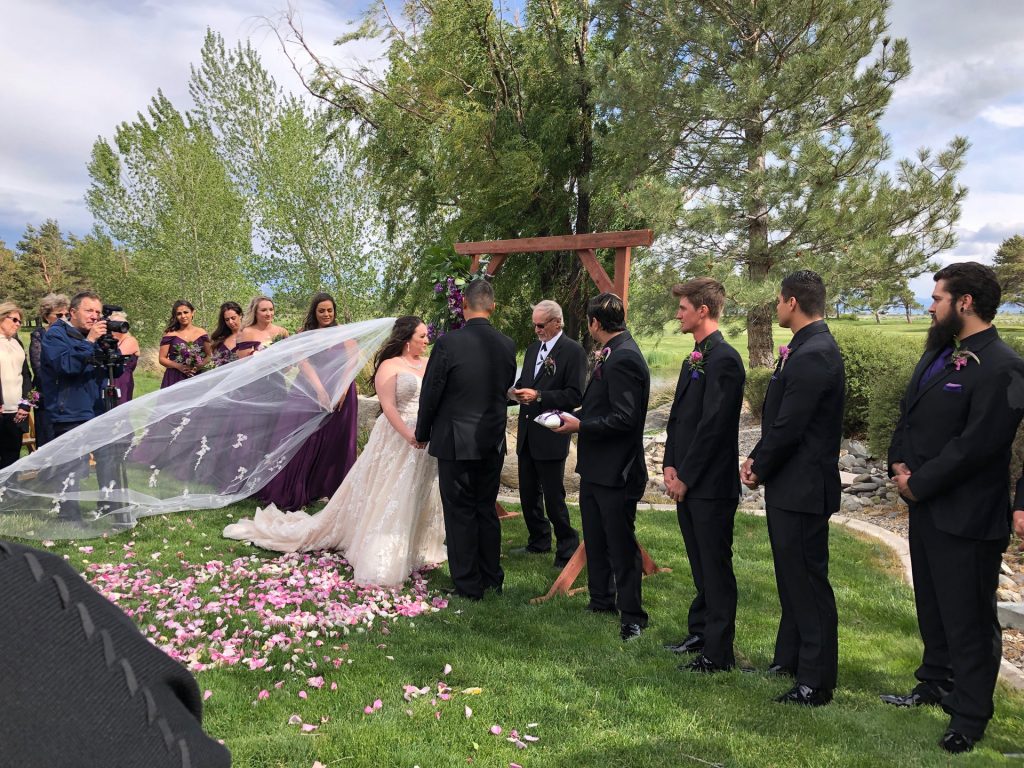 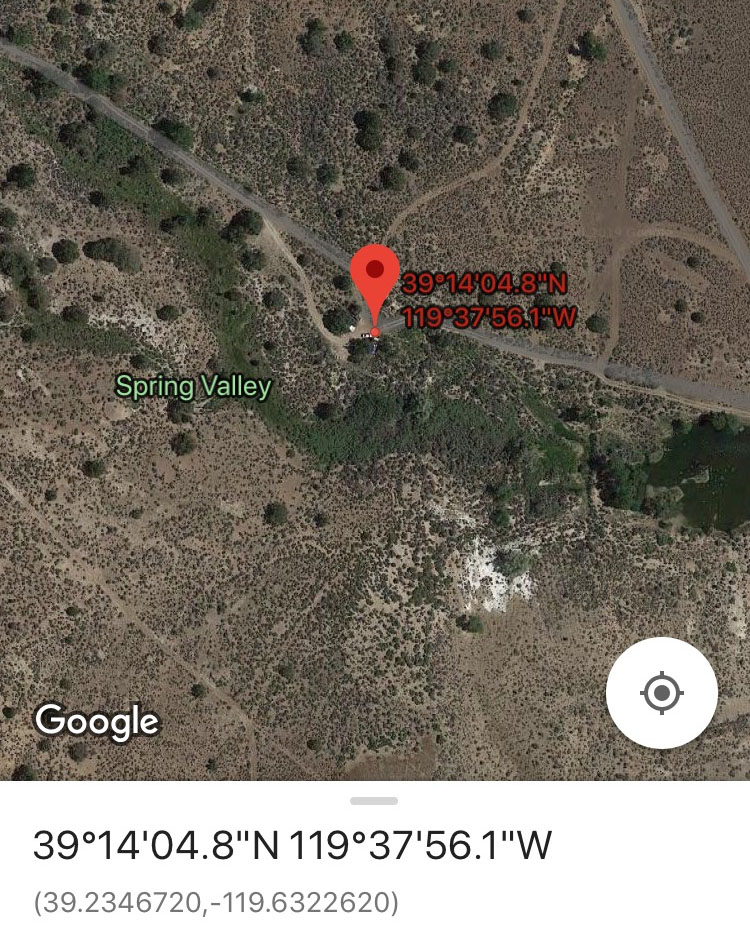 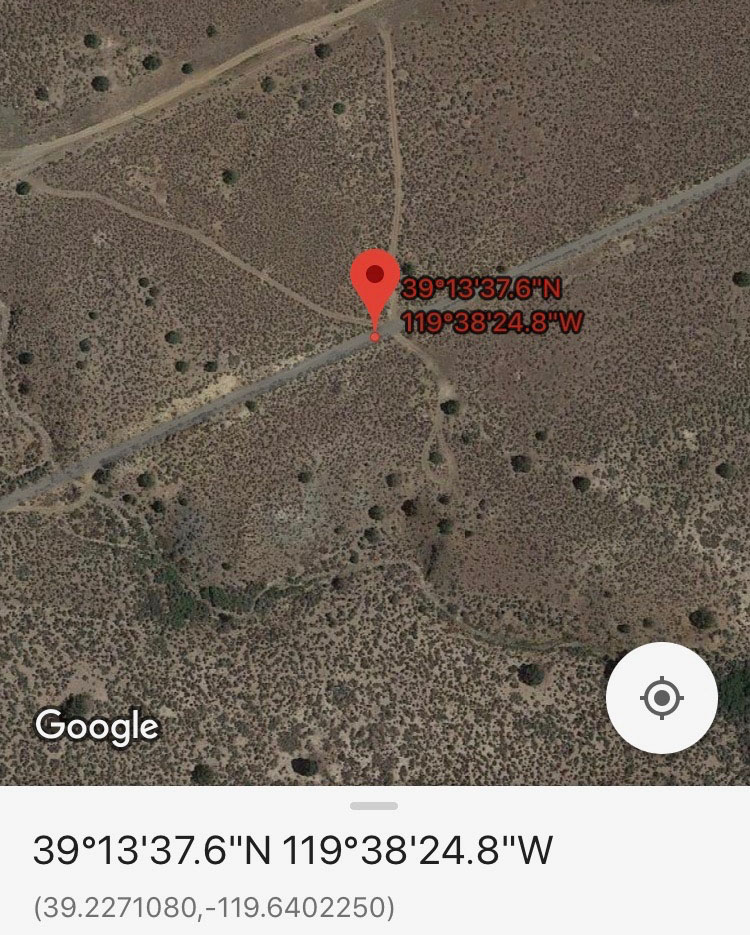