It’s been a long minute since I blogged up in here. I guess it’s time to get back on it. Let’s see, where to begin…

Thanks to the hard work and leadership of Donnie and Brittany in Fernley, their town now has a chapter of Pigs to call their own. The crew has already done amazing work, having moved hundreds of loads out of their desert, and they’re still going strong.

Last weekend the Fernley and Dayton chapters joined forces to help R.A.D. clear some trails in north Reno. It was a great networking opportunity for Pigs, and we got to explore some new trails, away from home.

As of today (February 28, 2020), they have 110 cubic yards on the books. There is still a run that’s not been counted, plus a load from the R.A.D. run that came back to Fernley, after the dumpster got filled in Reno. And there will be a bunch added to this number tomorrow.

The start of Reno Pigs is just over the horizon!

We are currently a few weekends deep into cleaning Mound House. As our brave scout has been discovering a slew of hefty dumpsites. Silver Springs / Stagecoach also still has plenty of trash to offer, but for now we’re focusing on getting a handle on Mound House. We’ll head back east once we’re satisfied here. 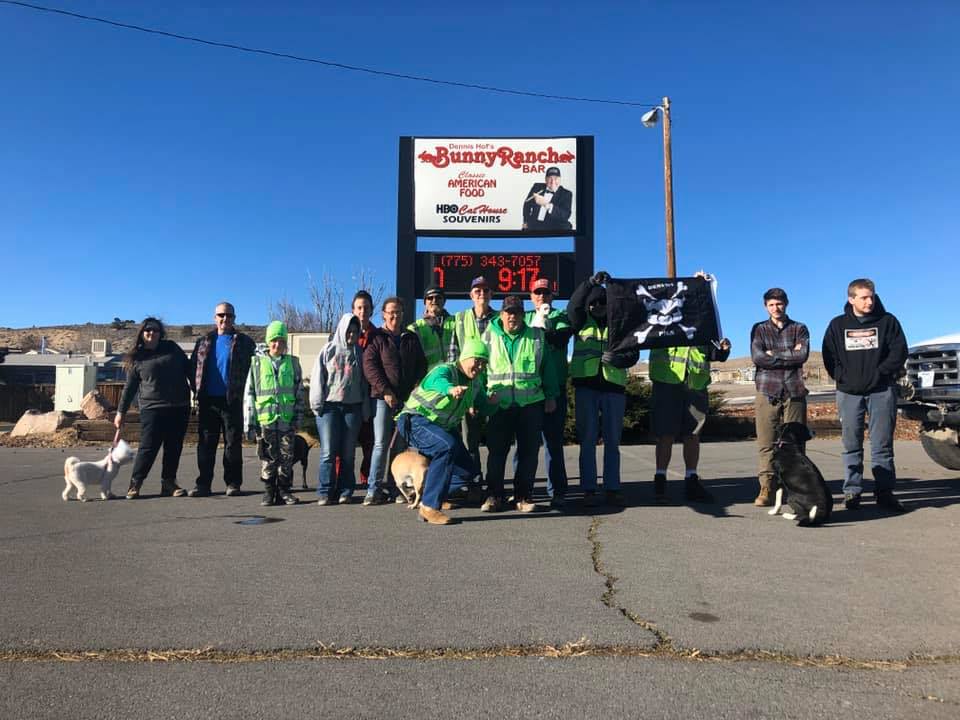 Let’s see… what else has been going on?

OH YEAH! Desert Pigs are officially taking over Dayton Valley Days. We have a meeting next Wednesday to choose our committee leaders and start assigning tasks.

If Pigs had not stepped in, the tradition Dayton Valley Days would not continue. The Dayton Historical Society has worked very hard to keep this going for years, and have done a great job. But they are ready to pass the torch.

So far, I can say I have no idea what I’m doing, as chair of the Dayton Valley Days Committee. I tend to jump head-first into impossible tasks, and come out alive. So I feel confident that I won’t let Dayton down. But you may notice a little nervous sweat on my forehead if you stand close enough. It’s a big job.

If you would like to be a part of the Dayton Valley Days Committee, join us for the 6:30pm meeting. I need all of the Dayton thinkers and doers for this!

We now have a fleet vehicle (but she’s got issues).

However, even after a few weekends of tinkering, she proved less than trailworthy for her maiden voyage. I got it as far as the Chocolate Nugget on Mound House, before I decided she wasn’t venturing any further from home. The steering box is shot, she death wobbles on Highway 50, and there’s a big leaky crack on the one functional gas tank. Plus, fuse blows every time I try engage the rear axle.

Some issues are expected with a $1,500, 45-year-old dump truck. But the good news is, she looks great, has a nice interior, and the hydraulic dump works great.

I’ll be limping the beast to Randy’s house soon, to see what magic he can work on her. Af anyone knows of a good deal on side fuel tanks, HMU.

I look to continue expanding, setting up new chapters in every town in Nevada. I’m sure they won’t all be as awesome as Fernley, but I’d love to see that same level of enthusiasm. People everywhere are tired of seeing what illegal dumpers do to our open spaces. More and more heroes are stepping up to take matters into their own work gloves. Multiple government agencies, wherever we set up shop, offer their support and praise. Everyone is getting behind this.

Already ion 2020, I’ve made a few appearances to spread the Pig message. I’ve been the guest speaker for the Fernley Rotary, Dayton Chamber of Commerce, Fernley Code Enforcement meeting, and I even got to speak at a Lyon County Board of Commissioners and Health Board meeting, where I was presented with an award, and received a round of applauds from a room, which is usually somewhat salty over whatever issues they’re there to hear about and speak on. 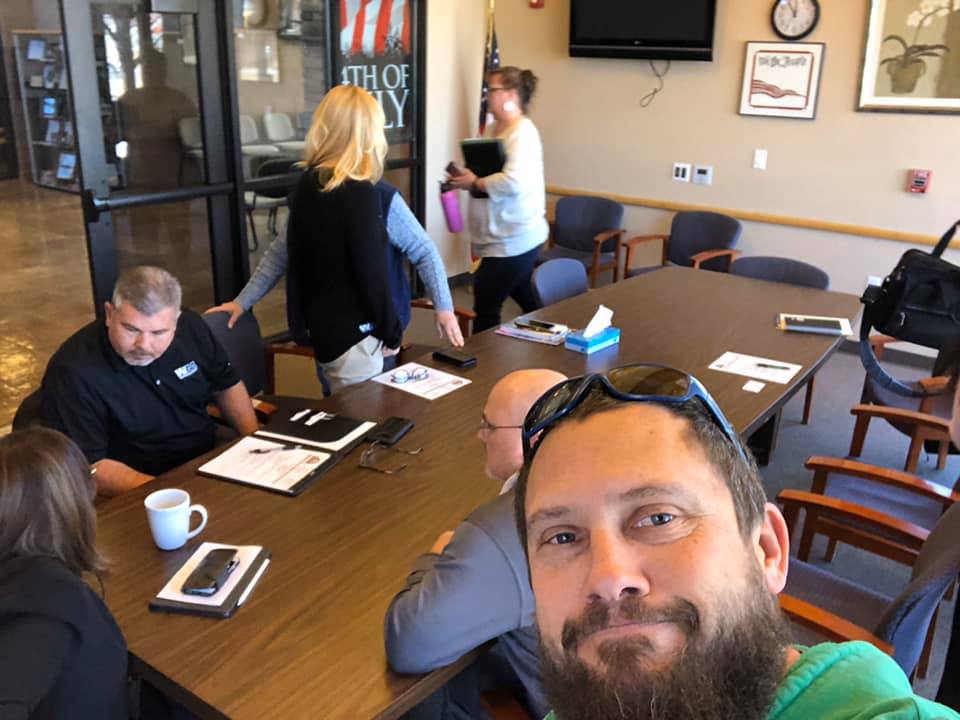 I’m available for more appearances, if your club or organization is interested. There is much to tell about our local heroes, and there’s always more work to be done. Live Q&A’s are a great way to learn about the Desert Pigs. And everyone knows I’m always down for a free meal 😉

More T-shirts and Stickers are coming! Having bought, insured, and registered a (still broken) dump truck, and making an expensive insurance payment for the volunteers, the piggy bank as been really low for a while. But donations and fundraisers have started dropping some coinage back in. As soon as I publish this post, I’ll start shopping for pig swag.

As always, I cannot thank enough, all those who have donated sweat and dollars into this project.

If you would like to help, check out our upcoming events to see when and where we’re cleaning up next. Equally important, you can donate to help cover expenses, of which there are many. Nobody in Pigs makes any money off our efforts, including me. This is a labor of love for clean deserts.

We are a mixed bag of crazy, but you’ll never meet a better group of humans.