Armed with two brand-new dump trailers, awarded from an OHV grant, Pigs took on the swales of Fernley.

Our first stop was filled with thousands of pretty white flowers. Unfortunately, there were just as many poop-filled blossoms of toilet paper here. An off-grid resident had been leaving them all over, along with empty Sunny D and gin bottles. We grabbed the trash, but the sh*t tickets were a bit much. The pooper-squatter is quickly becoming a serious public health concern for this area.

Moving on, we came across a hefty pile of what looked like an apartment cleanout. Don’s trailer got filled up quickly, then he got Green Ghost stuck in the sand. As recovery ropes were being tied to his rig, the other OHV trailer was brought in to finish the pile.

During out cleanup, we encountered a friendly bull snake, and a large scorpion who put up with us while we marveled over it. The critters are coming out now. I’m still hoping to get to know a tarantula soon! I love those creepy lil’ fuzzy butts! 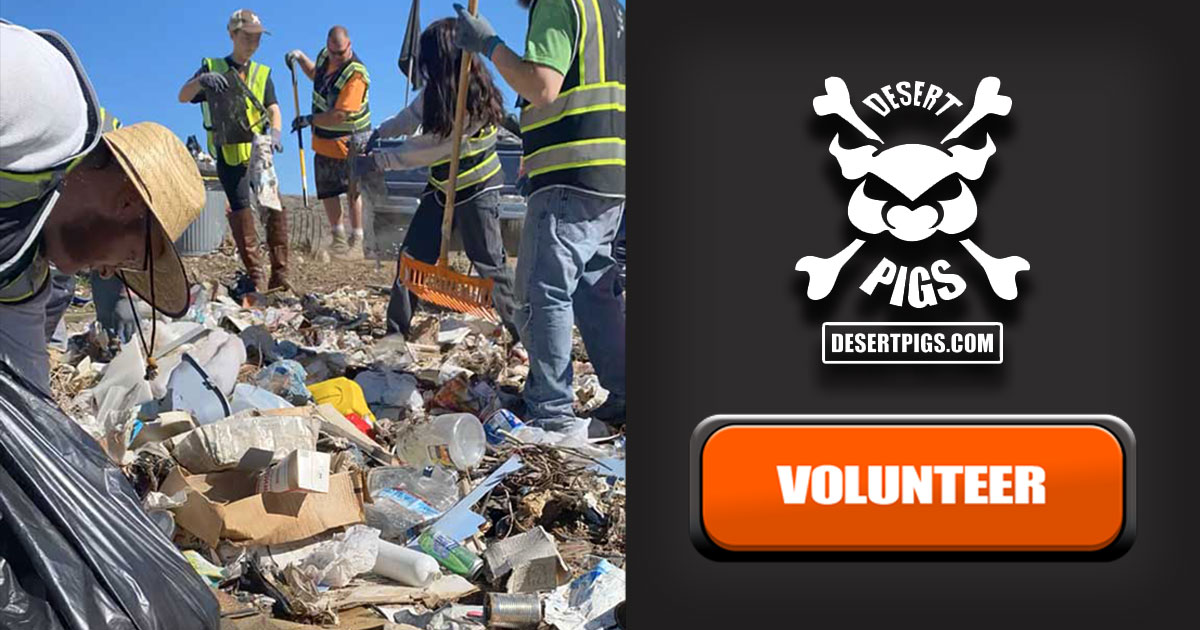