So I guess it was a good thing we didn’t have any Piglets join us for this run. The first leg of our targeted area of Dayton, at the end of Sheep Camp Rd, we discovered a point by the water tower with one of the best Dayton views so far. As we started picking up trash there, we noticed an abundance of ladies’ underwear, and several used condoms.

And so this site will be forever known as Panty Point.

Once again, another great cleanup spot, along with some even nastier trails above it, scouted and marked by Glenn Nisidio. Dude even showed up that morning and led the crew there, while he was so sick, he could barely sit up in his truck.

Some other fun parts of this May 4th run: We removed a pile of used needles. Also, I tossed a Pig vest to Dancing Larry, and got a fist bump from our local celebrity (at the end of the video above). 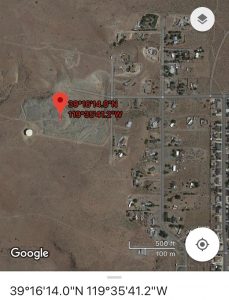